Photographing Desmond Tutu and his daughter for HarpersOne book publishing.

Way back to August 13th, 2009 at the Episcopal Seminary in Alexandria, Virginia, USA.

This was a  pretty simple shoot. The client brief was for a relaxed portrait of the Bishop and his daughter that was clean and simple.

I chose a neutral background that would drop out of focus easily and recreated large window lighting with diffused umbrellas through scrims and two boxes for fill and hair lights. 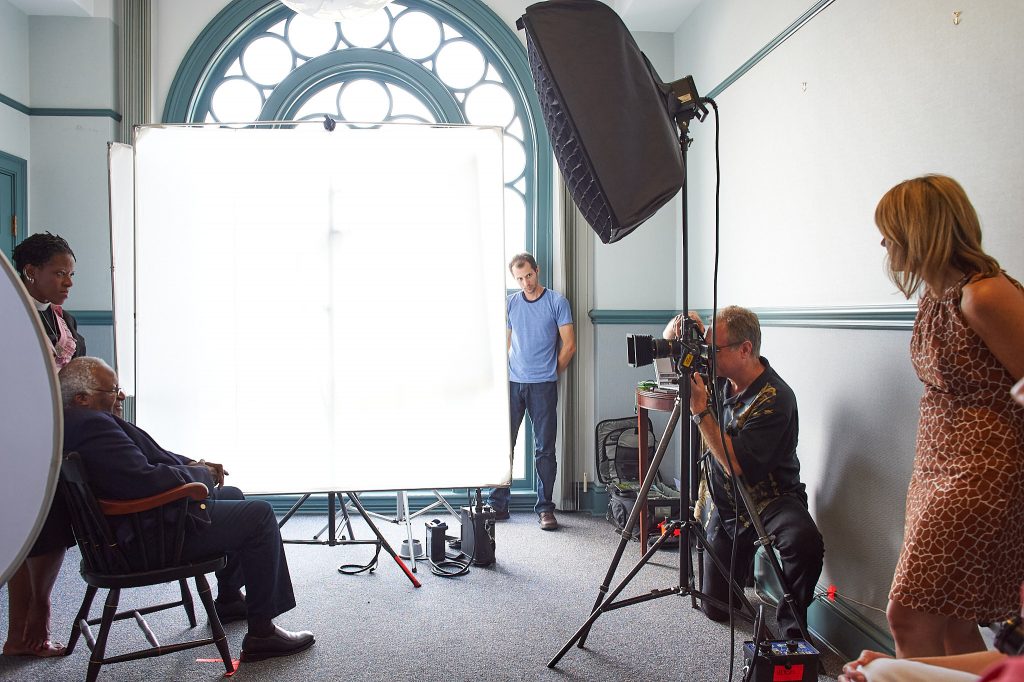 The Episcopal Seminary in Alexandria is close to my home and we arrived two hours early before shoot time. My assistants Audrey, Matt and I were set-up and locked down before the Tutu’s arrived.

When the Tutu’s arrived, stylist Kim Steele was set-up and ready for him. It only took a moment or two to prepare the bishop.  Mpho was in the make-up chair and her father starting teasing her from the area we set-up for him to relax. From what I could see, they had a wonderful relationship that was full of back and forth ribbing. 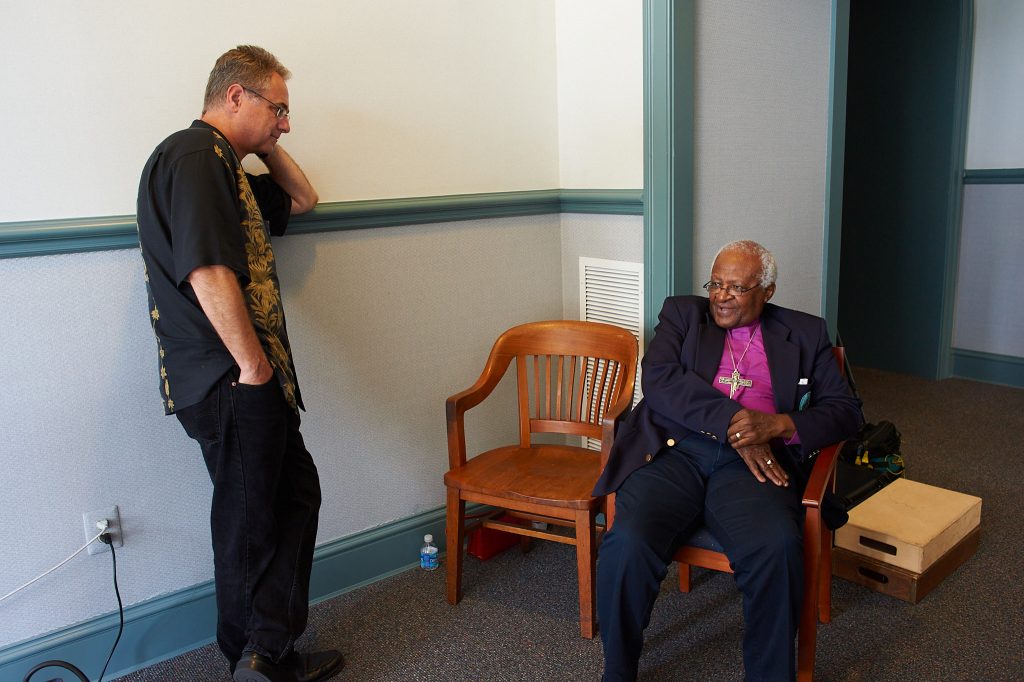 I had a few moments with him and found him to be a pretty funny and also intense guy.  He was easy going and wanted it all to be over quickly, which is understandable, given that it was the middle of summer in Virginia, he had meetings to attend and he was an older gentleman.  He was gracious enough to allow us to get a couple of group shots of the crew with him and his daughter. (which I appreciated very much).

My favorite image from the shoot. 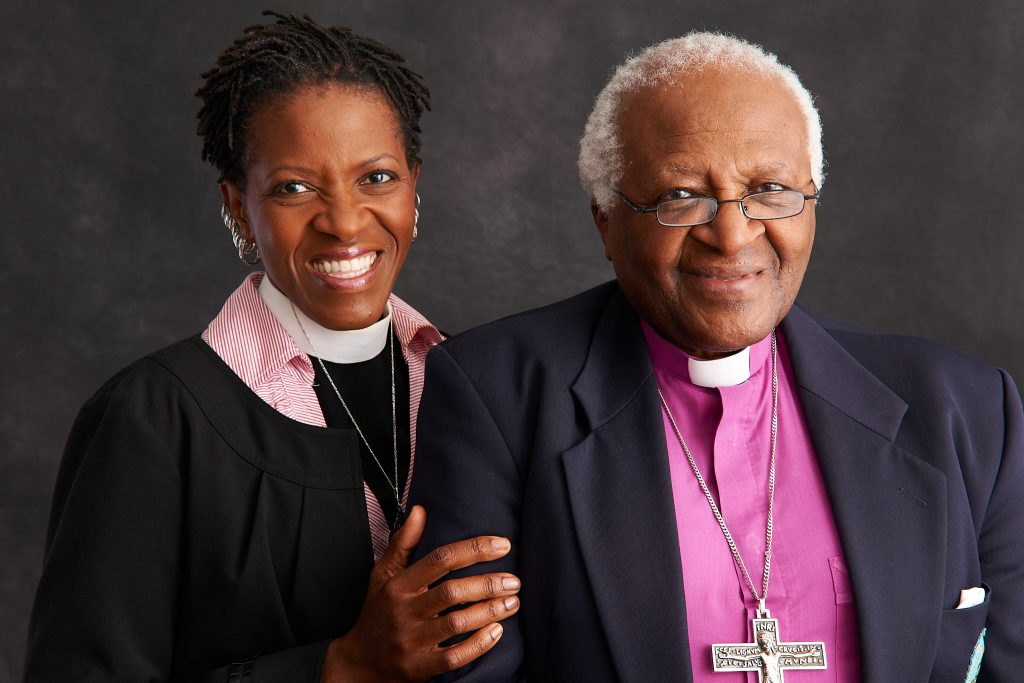 Read a bit about his remarkable life here.

The shoot was made possible by fellow photographer David Hills,  who suggested me for the project.