The Twelve Days of Silence

A 12 day absence from social media

Yesterday (December 23rd) was the beginning of a test for me – to see what life would be like without the constant reminder of social media, updating and looking at images from photographers and clients that I follow. Also, wanted to see what would happen to my follower counts if I don’t post for a bit.

So, on January 4th, 2022, I will check in on my Instagram (@cameron.davidson.photo) and LinkedIn accounts (camerondavidson1). I have a private Facebook account that is for following two groups – I don’t use it for anything else.

So, why am I doing this? Well, part of it is due to the nagging suspicion that Instagram is no longer worth the effort unless you have tens of thousands of followers. I have always been more of a quality over quantity guy, so the count is not that critical to me.  I’d rather follow exceptional people than many and I’d prefer followers who are interested in quality over quanity.

Recently, I spoke with a friend who is responsible for an Instagram account with several million followers. He said, (I am paraphrasing here) that IG is slowly being cannibalized by TikTok, IG itself, by adding Stories and Reels, plus Facebook constantly changing the algorithms for Instagram. He also mentioned, that photographers are getting tired of it.  I know for that for me, IG can be a bit confusing with Reels, Stories and individual posts.

The books that influenced this decision

A secondary reason is the influence of four books that I recently read: Jaron Lanier’s incredible indictments of social media Ten Arguments for Deleting your Social Media Account Right Now, 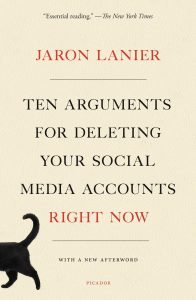 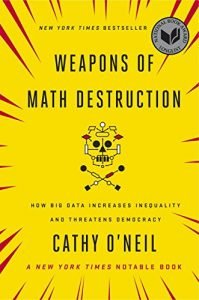 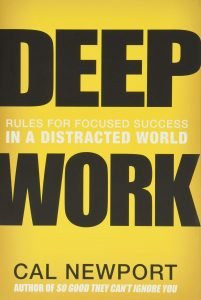 The Age of Surveillance Capitalism by Shoshana Zuboff. 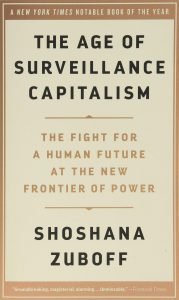 Shoshana Zuboff and Cathy O’Neil were both in the documentary The Social Dilemma.

Reading these books plus, watching the movie will change your viewpoint on big tech, big data and the importance of privacy in our lives.  Shoshana Zuboff’s book, The Age of Surveillance Capitalism will scare you and more than likely, you may rethink your relationship with Google and Facebook.

Business Boot camp and realigning with what is important to me

Another reason for the social media break is, I recently completed an intense business boot camp for professional photographers with Christina Force and I rethinking my career directions and goals. A reset for social media is in the near future – the plan is to post with specific goals in mind, rather that here is a shot I did recently or where I am on location.

Don’t Judge a Book by its Cover

A friend of mine commented to me that a photographer she know said to her that it looked like she was not very busy these days, since she was rarely posting to Instagram.  In fact, it was the opposite.  She was so busy with several large projects that she very little free time to attend to any social media.

The old Cactus song, You Can’t Judge a Book by the Cover sums it up pretty well.  Often times, there are NDA’s (Nondisclosure agreements) for projects and you can not, under any circumstances, publish images or behind the scenes imagery to social media.

Stephen Kennedy is a portrait shooter in Saint Louis who started a daily blog post titled The Kennedy Daily, instead of participating in the social media circus he posts a daily blog post entry with an image. He is going several years strong with this approach.

This will be an interesting experiment for me.  I do feel the stress of feeling the need to post daily to Instagram and to feed the machine – not so much for LinkedIn or Behance – but definitely for Instagram. There is quite a bit of peer pressure from colleagues to be seen often on IG.

I have a friend who has over a million followers on IG and for quite a while he was only posting an image a month, now he is posting several times a week.  A portrait photographer friend who shoots high-end celebrities and sports figures goes months at a time without posting and then he will post images daily – often behind the scenes images for weeks, at the behest of his clients.

Several colleagues and friends have had huge successes with Facebook, Pinterest and Instagram – however – they have huge support groups behind them and that extra posting by them grows the interest and followers. check out Stephen Wilkes, Brian Skerry and Ami Vitale on Instagram.

The impact of IG

I do know that it takes far more to be a successful photographers these days then it did, even five years ago.  The pandemic has put a big crunch on many shooters and I know of several who recently quit the industry this past year. All of them cited Instagram as being part of the problem that killed their enthusiasm for photography as a career – not feeling that they can keep up and always comparing themselves to others – who appear (but may not be) more successful.

I don’t know what the answer is, hopefully this break will help me clarify a direction to take in 2022.