Another look back into the film archives. @natGeo assignment, July 1993. The Great Mississippi River Flood. I shot aerials from southern Missouri all the way to Des Moines, Iowa. Total flight times a little over 70 hours in a mixture of Coast Guard, Army Guard and civilian helicopters over three weeks.

This image was from my last day of shooting. The levee surrounding Kaskaskia Island bust loose in the early morning, I was just about out of budget and charted a Schweitzer 300 (least expensive helicopter available) in St. Louis and flew down to the island. John Echave was my picture editor. 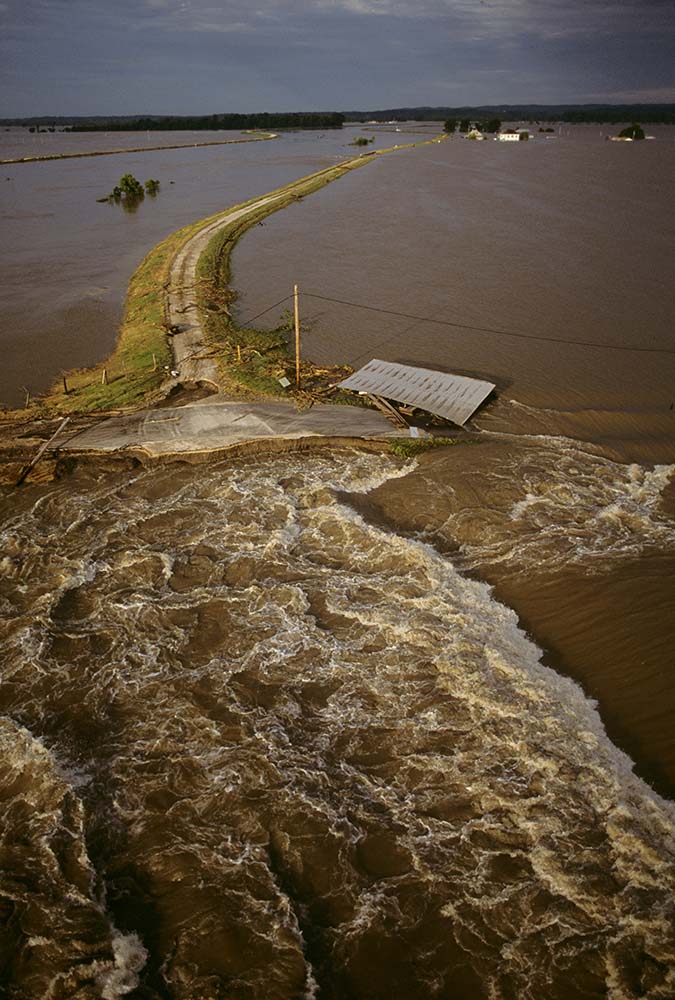 Shot from a Illinois National Guard Huey helicopter. Show here is levee breaking along the banks of the Illinois River northeast of St. Louis, Mo. The Illinois Guard provided several flights to journalists covering the flood. The Huey was set up for three or four people on each side. A group of us on the starboard side would shoot for a minute, then the pilot would perform a pedal turn and the group on the other could shoot. I also flew with the Missouri Guard in a Hughes 500 (Military designation – OH-6A Cayuse/Loach) and also, the U.S. Coast Guard SA 366 G1 Dauphin (a ship I had wanted to fly in for years) Big, roomy, and powerful – designed for rescue work.

I spent three weeks in the summer of 93 shooting the flood – flying from southern Missouri to St. Louis to Des Moines and up several rivers, including the Illinois and Missouri. 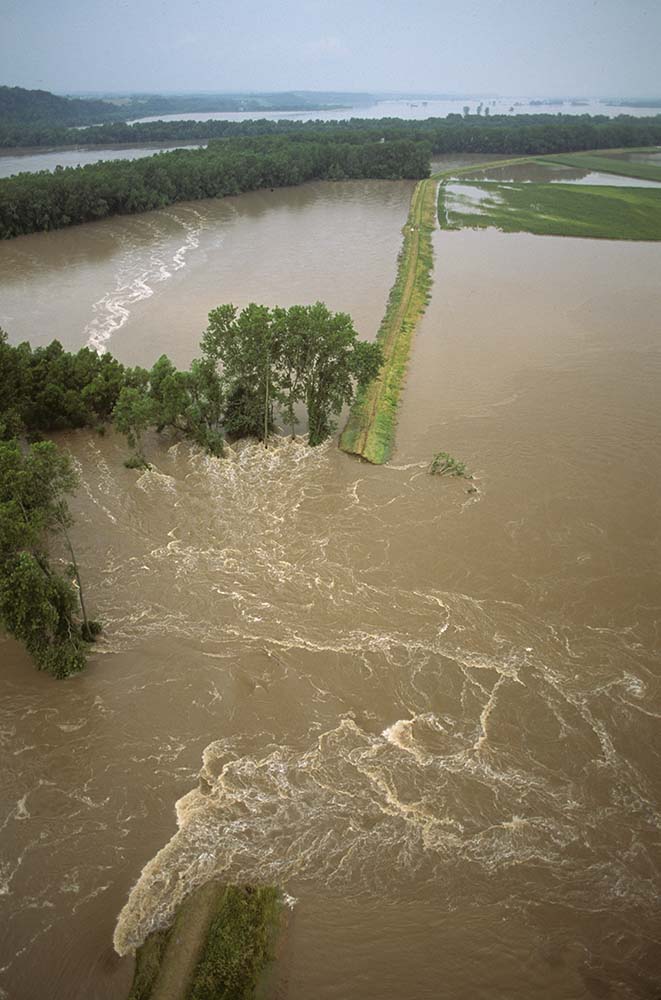 Also on this assignment were @NatGeo photographers @jimrichardsonng, Jody Cobb and Rick Rickman.

Mostly I shot on 35mm cameras plus a Linhof 6×12 and Fujifilm 6×17. Shooting with the 120 pan cameras made you slow down since you only had four frames per roll of 120 and it took a fair amount of time to reload film. You did not dare use 220 because of the possibility of light leaks.

The first day of the shoot was a bit overwhelming, water as far as could see, drowning farms and communities. It was pretty horrific. After a day, you get your bearings and start hitting it hard.

Thanks to Susan Smith (R.I.P.) Tom Kennedy and @kkobersteen for the wonderful assignment.